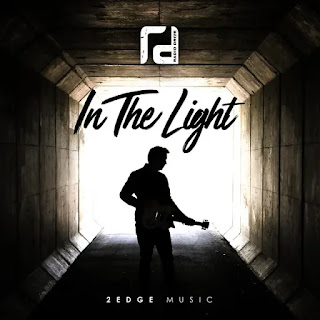 Radio Drive’s “In The Light” is a fun record that reckons back to the late 90’s Matchbox 20, Jimmy Eat World type sound. The album opens up with “First Time,” a fun fast-paced song that the singer hits perfect despite his almost Roger Waters like vocals. A song like this would have been a challenge to listen to if not for the harmonic mixes intertwined that hit a climax during the chorus. The song sets the tone for the first half of the record that at times seems like a party record with its upbeat tempos and overall message within the songs.

The record takes a turn around the songs “Take Hold,” and “I Have A Voice.” Around this point, songs take a more electronic and darker tone as you shift into the later part of the record. The records ends with a somber tone mixed in with an upbeat twist with “What Went Wrong,” and “Under the Milky Way.”

The good:
The album was fun and a breath of fresh air in an era where music is often much more somber toned. The sound of the album reminded me of the late 90’s records that were in my own opinion superb to today’s sound. The record sounded very analog over digital which could have been the result of the record being recorded analog or a great producer and engineer aiming for that clearer analog sound.

The bad:
The first few tracks of the album were very redundant “Life” and “Take Hold,” almost sound exactly like the records opening track “First Time.” The album vocals at times were disappointing, the singer seems to stay very much in a comfort zone avoiding too many highs and lows and this often makes the vocals seem monotoned and not very exciting. It’s worth noting again how the harmonic mixes intertwined did make the vocals more lively.

Artist Video Of The Week

17 thoughts on “Album Review Radio Drive In The Light”

Passion of the Weiss